Last week I heard a word for the first time: Bromance.
Men United versus Prostate Cancer took another big step towards its twin goals of raising awareness and funds. For two weeks, The Anchor pub on London’s South Bank, has turned itself into The Men United Arms and is hosting comedy, quiz and music events for the “Keeping Friendships Alive” campaign.
Among those celebrating “bromance” were actors David Morrissey and Timothy West (whose character in the BBC soap East Enders is involved in a prostate cancer storyline), footballer Ade Akinbyi and rock legend Kenny Jones.

A survey commissioned by Prostate Cancer UK shows that 8 out of 10 men felt that seeing friends was good for their health – but 63 per cent said they had too many chores to complete and could not find time to join their mates. Owen Sharp – CEO of Prostate Cancer UK – says “Men United gives men the reason and incentive they need to keep up their friendships. More than half of men we spoke to said they wanted to get together with their friends more often. That is what Men United – our movement for everyone who believes men are worth fighting for – is all about.”
Running at the moment is the Men United television commercial. Made by award winning director, Tom Beard and voiced by David Morrissey, it features a series of different scenes about the power, warmth and humour of male friendships – with an appeal for everyone to join Men United.

This strong commercial follows on from the brilliant film made in 2013 – “Father’s Day – which was the brainchild of Neil Stuke. Starring Neil, with Ray Winstone, Charles Dance, John Simm, Tamzin Outhwaite, Cyril Nri and Stuart Laing, its clever and powerful script opened the way for honest discussion between men about prostate cancer.

Prostate cancer is the most common cancer in men – 40,000 are diagnosed each year; 250,000 are living with it; 10,000 die from it, which is 1 man every hour. As with any cancer, early diagnosis is crucial for a good result. Thanks to the work of charities like Prostate Cancer UK, Movember, Crusaders Rugby and Tackle, men are now much more at ease discussing their worries and fears. Support is there for the taking and, as the actor Damian Lewis said “Let’s get talking. Talk to Dads, brothers, mates and join Men United”.

Ray Winstone, who is a huge supporter of the charity and Men United, said “I believe it doesn’t lessen your manhood if you talk about it. In fact it may shorten your life if you don’t.”
Chris Evans, the radio and television presenter, has been doing just that on his BBC radio programme. He finds himself in the middle of prostate cancer tests and spoke openly about what took him to the doctor. Symptoms can include: needing to urinate more frequently, often during the night; needing to rush to the toilet; difficulty in starting to urinate, straining or taking a long time; a weak flow of urine; feeling your bladder has not emptied fully.

Footballer and television presenter, Mark Bright, made a very important point and highlighted an aspect of the disease of which people may not be aware. He said “As a black man, my risk of being diagnosed with prostate cancer is 1 in 4 – double that of all men in the UK.”

If you have been diagnosed with prostate cancer and are looking for a support group in your area, please click here – where you will also find information about the workshops run by the charity, its campaigns, research and achievements.

If you are uncertain about your symptoms or need support after surgery and/or treatment, please call Prostate Cancer UK’s Helpline on 0800 074 8484. “Get back on track” is just one of the telephone services run by the charity’s specialist nurses to support men with fatigue (and this is not just tiredness). “Motivational Interviewing” encourages men to try techniques and lifestyle changes to help manage their fatigue.
Cancer Research UK – along with other charities – is working to develop an in-depth understanding of the disease. This includes the genetics of prostate cancer, new forms of treatment and early detection.
US researchers at the Thomas Jefferson University in Philadelphia, have discovered that Maraviroc, the antiretroviral drug used to combat HIV, can dramatically curb the spread of prostate cancer. The drug targets the CCR5 receptor, which HIV uses to invade white blood cells. Genetic data from patients revealed that CCR5 is more active in prostate cancer than in normal tissue – and is also implicated in the spread of aggressive breast cancer. This research is in its extremely early days, but is just one of the many rays of hope for the treatment of both these cancers.

Clearly, one of the problems for men is the anxiety about the unreliability of the PSA test, perhaps to be followed by an uncomfortable biopsy. Indeed many GPs do not offer the test, such is their scepticism. However, staring us in the face, is the answer. The Medical Detection Dogs charity – whose CEO, Dr. Claire Guest has just received a British Citizen Award for her work – is joining with Professor Karol Sikora and his team, to conduct a second study to prove, again, that Dogs are able to detect prostate cancer volatiles in urine – with a success rate that far outpasses that of the PSA test. For more information please visit this website.
Bromance is well and truly here and more pubs around the UK will be re-naming themselves The Men United Arms. Perhaps now is the time to re-issue “Father’s Day”?
Tags: Ade Akinbyi, Charles Dance, Chris Evans, Crusaders Rugby, Cyril Nri, Damian Lewis, David Morrissey, Mark Bright, Medical Detection Dogs, Men United v Prostate Cancer, Neil Stuke, Owen Sharpe, Prostate Cancer UK, Ray Winstone, Stuart Laing, Tackle Prostate Cancer, Tamzin Outhwaite, Timothy West, Tom Beard 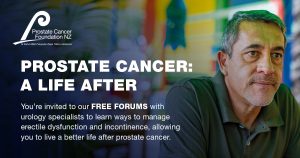