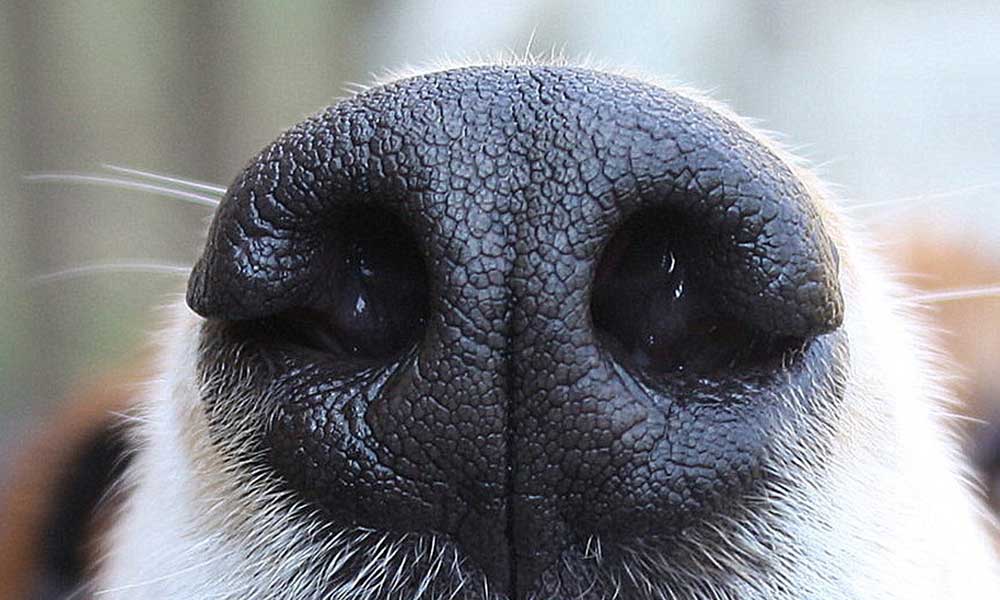 SAN FRANCISCO, April 3, 2017 — On the list of dreaded medical tests, a prostate biopsy probably ranks fairly high. The common procedure requires sticking a needle into the prostate gland to remove tissue for assessment. Thousands of men who undergo the uncomfortable procedure, prompted by a positive PSA (prostate-specific antigen) test, ultimately don’t require cancer treatment. Today, scientists report progress toward minimizing unnecessary biopsies: They have identified the molecules likely responsible for the scent of prostate cancer, which could be detected by chemically “sniffing” urine.

The researchers will present their results at the 253rd National Meeting & Exposition of the American Chemical Society (ACS). ACS, the world’s largest scientific society, is holding the meeting here through Thursday. It features more than 14,000 presentations on a wide range of science topics.

“The idea for this project started with a study published in 2014 showing that trained canines could detect prostate cancer with greater than 97 percent accuracy,” says Mangilal Agarwal, Ph.D., the project’s principal investigator. His team had already been working on a sensor to sniff hypoglycemia on a person’s breath as dogs have also been shown to do. When the prostate cancer study appeared in the Journal of Urology, Agarwal’s lab set out to determine what molecules the dogs might be sensing.

“If dogs can smell prostate cancer, we should be able to, too,” says Amanda Siegel, Ph.D., who is presenting the work at the meeting. Both Agarwal and Siegel are at the Integrated Nanosystems Development Institute of Indiana University-Purdue University Indianapolis (IUPUI) and the Richard L. Roudebush VA Medical Center.

Prostate cancer is the third most common type of cancer in the United States. In 2016, more than 180,000 new cases were diagnosed, according to the U.S. National Institutes of Health’s National Cancer Institute. Early detection has been critical to saving the lives of many men with prostate cancer. But diagnosing the disease can be fraught with challenges.

The screening test that doctors use now to determine whether to perform a biopsy assesses PSA levels in a blood sample. The prostate gland normally produces this protein in small amounts. Increased levels, however, can indicate many different conditions besides cancer, including prostate infection. As a result, the test is widely recognized as flawed and often leads to unnecessary biopsies.

“Currently, about 60 percent of men who get a biopsy to test for prostate cancer don’t need to get one,” Siegel says. “We hope our research will help doctors and patients make better-informed decisions about whether to have a biopsy, and to avoid unwarranted procedures.”

To determine which molecules wafting from urine could indicate prostate cancer in a patient, the IUPUI and VA team collected urine samples from 100 men undergoing prostate biopsies. To avoid issues that similar studies have had with sample degradation, Agarwal’s team developed a pre-processing step — adding sodium chloride and neutralizing the pH — to ensure the samples would remain intact during the analysis. Then, they used gas chromatography-mass spectrometry to identify the volatile organic compounds floating in the “headspace” above the urine samples. With this method, the researchers pinpointed a small set of molecules that showed up in 90 percent of the samples from patients with prostate cancer but not in samples from those who did not have the disease.

Next, the team plans to conduct large-scale tests at multiple health centers to validate their findings. They have also submitted a proposal for funding to confirm the molecular signature they identified by collaborating with a local dog trainer and comparing their technique’s results to those obtained with a canine nose. Depending on the outcome of these projects, Siegel and Agarwal say their test could become available to patients and doctors within the next few years. In the short-term, urine samples would have to be sent to a lab for analysis, but the researchers say their ultimate goal is to design a sensor that can yield results in a doctor’s office.