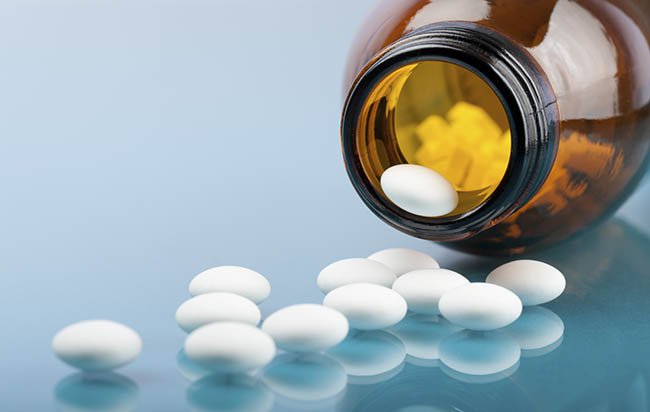 Johnson & Johnson’s Zytiga helps men newly diagnosed with advanced prostate cancer live longer, according to new findings that could expand use of the medication.

Men who received hormone therapy, the recommended first-time treatment, plus Zytiga were about one-third less likely to die during two studies than those who got standard treatment alone, according to research presented Saturday at the American Society of Clinical Oncology meeting in Chicago. The findings suggest that the drug, currently used to treat men who worsen after getting standard hormone therapy, shouldn’t be withheld until the cancer starts to spread.

“Based on the magnitude of clinical benefit, we believe that the upfront care for patients newly diagnosed with advanced prostate cancer should change,” said Nicholas James, lead author of one of the two studies and professor of clinical oncology at Queen Elizabeth Hospital in Birmingham, U.K. Zytiga “not only prolonged life, but also lowered the chance of relapse by 70 percent and reduced the chance of serious bone complications by 50 percent.”

Prostate cancer is the most common tumor in men, diagnosed in more than 161,000 Americans this year alone, according to the American Cancer Society. It is the third most common cause of death from cancer, killing nearly 27,000 Americans annually.

The studies, published in the New England Journal of Medicine, were funded by J&J. Zytiga generated $2.26 billion for the New Brunswick, New Jersey-based company in 2016.

“There is a large unmet need to improve treatment for men with newly diagnosed metastatic cancer, who die of the disease within less than five years on average,” said Karim Fizazi, head of cancer medicine at Gustave Roussy, University Paris-Sud, in Villejuif, France, who led the other study.

Generic hormone therapy prevents the testicles from producing testosterone that spurs cell growth. The market for treating those who progress after getting the standard treatment has gotten heated, with Zytiga competing against Pfizer Inc.’s Xtandi. The two drugs use different mechanisms to hinder testosterone’s impact.

In a study of about 1,200 patients, known as Latitude, prostate cancer worsened after 33 months in men given Zytiga plus hormone therapy, compared with 14.8 months for those who didn’t get Zytiga. Those who got the combination were 38 percent less likely to die during the trial follow-up than patients who received standard therapy, and had less pain and went for longer until they needed chemotherapy. They also experienced more side effects, including high blood pressure and signs of liver problems.

The second study, called Stampede, included nearly 2,000 men in the U.K. and Switzerland. The three-year survival rate was 83 percent for those given the combination, compared with 76 percent for those getting only standard care.

Story by Michelle Cortez on Bloomberg