‘We’ve got a health system that’s the envy of the world,’ minister tells cancer charities 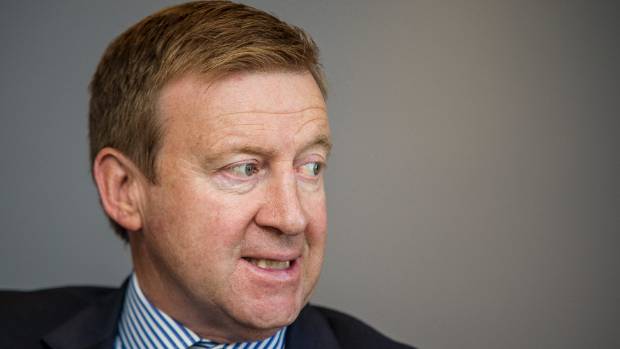 The world is green with envy when it looks at our health system, Health Minister Jonathan Coleman has told a room full of bemused cancer charity bosses.

“If you stand back and go to the World Health Organisation, where I was two months ago, you will realise we have got a health system that’s the envy of the world. And I think we have got to have that perspective,” Coleman said.

After his speech, Siobhan Conroy, chief executive of the Unicorn Foundation, said: “Actually, I think we are the laughing stock.

“If you look at the number of Givealittle pages – the number of New Zealanders out there currently seeking access to treatment and medicines – we’re not doing that well.”

Coleman was speaking at a political debate organised by a conglomerate of nine prominent cancer charities in Wellington on Tuesday night, and made his comments while responding to a question about ensuring consistent levels of cancer treatment for all New Zealanders, regardless of age, ethnicity or location.

In Geneva, he met other health ministers from around the world. “Our comprehensive, no-fault public health system was the envy of many – particularly the United States,” he said.

His office pointed out that the Legatum Prosperity Index 2016, which ranked New Zealand first in the world overall in terms of prosperity, ranked it 12th for basic physical and mental health, health infrastructure, and preventative care, up from 20th in 2008.

According to data from Medicines NZ, the country ranks 19th of 20 comparable countries in the OECD when it comes to waiting times for funding all new medicines and innovative treatments, and in some cases funds no medicines for specific cancers.

That was the case for neuroendocrine cancer, which is the subject of the Unicorn Foundation’s work, Conroy said. Yet “we know one person is diagnosed every day”.

“Our patients are paying – to start with – $50,000 and travelling to Australia to receive their cancer treatment, and it’s life-changing treatment.”

Graeme Woodside, chief executive of Prostate Cancer NZ said, compared with Australia, we were well behind in prostate cancer treatment.

“We do not have access to the same treatments, particularly things like robotic surgery. In that regard, no, we’re not up there.”

After a question about access to new treatments, Coleman said making decisions on which cancer drugs were funded was a job for drug-buying agency Pharmac, not the Government.

“Government’s job is to make sure they’re funded. Then essentially [Pharmac] moves through a list of medicines that do the greatest good for the greatest number of people.

“That has been an extremely successful model that has saved hundreds of millions, which has enabled that money to be reinvested into more drugs.”

Coleman said the Government had looked at an innovation fund, but “it is fraught with difficulty”.

“Look, this sounds like a nice idea, but it’s not practical.

“I can tell you, any party that gets into government will pretty soon come around to my way of thinking on this.”

Speaking on Wednesday, he said the Government’s investment in health in Budget 2017 included an extra $60 million for Pharmac to provide more access to medicines.

“In the last two years, over 109,000 New Zealanders have benefited from 62 new and widened access subsidised medicines.”

Labour health spokesman David Clark said the party had proposed a new $10m national cancer agency, and supported a separate fund that would enable early access to drugs, that he said could be delivered through Pharmac but “through a slightly different brand name”.

“It’s something Pharmac is not that comfortable with because they think it creates demand for the drug in the market, but as the evidence comes out that would give Pharmac another opportunity to negotiate as to whether drugs continue.”

Cango was advocating for key changes, including better investment in clinical trials, more equitable access to treatment for all Kiwis, greater resourcing of the workforce, and faster decision making by Pharmac.

Story by Rachel Thomas on Stuff.co.nz