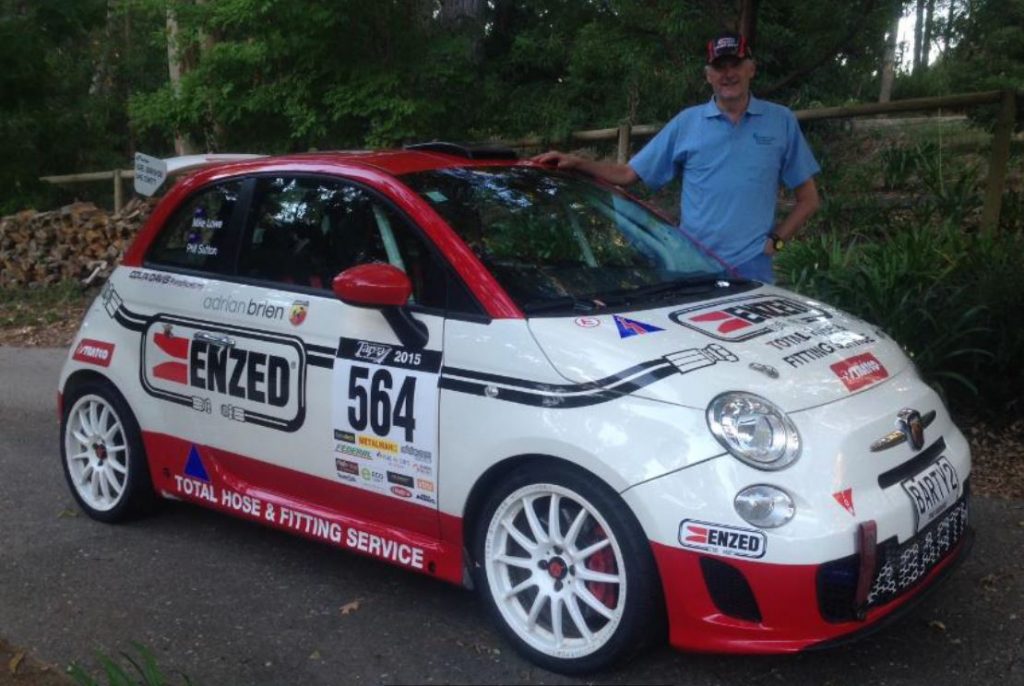 “I was diagnosed with Prostate Cancer “ said team owner Mike Lowe “but thankfully due to my regular blood tests for PSA, it was discovered early. This allowed for immediate intervention and now I can happily say I am cancer-free.”

Lowe is now an advocate of promoting the importance of regular PSA tests for all men from at least age 50.

“Prostate cancer kills more men than breast cancer kills women, yet most bloke’s awareness of the disease is poor.” says Lowe. “As husbands, fathers and sons we owe it to our families to get regular simple PSA tests done….it can save your life.”

Team ENZED Abarth has competed for over 23 years in tarmac rallies in NZ, never missing a Targa NZ event until last year.

“Unfortunately I was not quite well enough to compete in the 2016 Targa NZ event, which was a great disappointment, as we were the only team to have started and finished every single event since 1995.”

Lowe has also volunteered as the event ambassador for the Prostate Cancer Foundation of New Zealand, and will be advocating to the predominantly male Targa competitors to “Get Checked”.

“As competitors we regularly check our car’s oil, tyres and so forth. It is logical therefore that we should also check ourselves”

The CEO of the Prostate Cancer Foundation of NZ , Mr. Graeme Woodside agrees : “We are delighted Mike is using his recent experience of prostate cancer to raise awareness of this disease during the upcoming Targa NZ Rally. But more than that, he is a living example of why men should get checked – when diagnosed early the disease can be effectively treated, as Mike has experienced. Prostate cancer is the number one cancer in Kiwi men and the message is clear – early diagnosis saves lives.”

Team ENZED Abarth are running their works-built Fiat Abarth 500 Assetto Corse Rallye. The car is unique in the Southern Hemisphere, one of only 49 built by the Abarth factory in Turin.

Whilst unlikely to vie for outright honours, it will be very competitive in the GT2 competition.

“We have proven we can match it with the Porsche GT3’s on the twisty stages, so whilst a class victory is in our sights, I am sure we will surprise a few of the larger cars” said Lowe.

They have a single aim: “Just finishing a tarmac rally is a major achievement, and as the only team to have started and finished all events we have entered since 1995, Team ENZED Abarth want to keep that record intact.”

“But we’re also not here for a haircut” states Lowe. “Abarth has a heritage of victory, and we aren’t back to be second!”

This year sees Targa return to the challenging days of old, running from Auckland to Wellington over 5 days of competition, with 640km of closed-road Special Stages and 1170km of touring.

Commencing at Hampton Downs Motorsport Park on Tuesday 24th October, the route traverses the North Island with overnight stops are Hamilton, New Plymouth and Palmerston North with the finish on the Wellington waterfront. 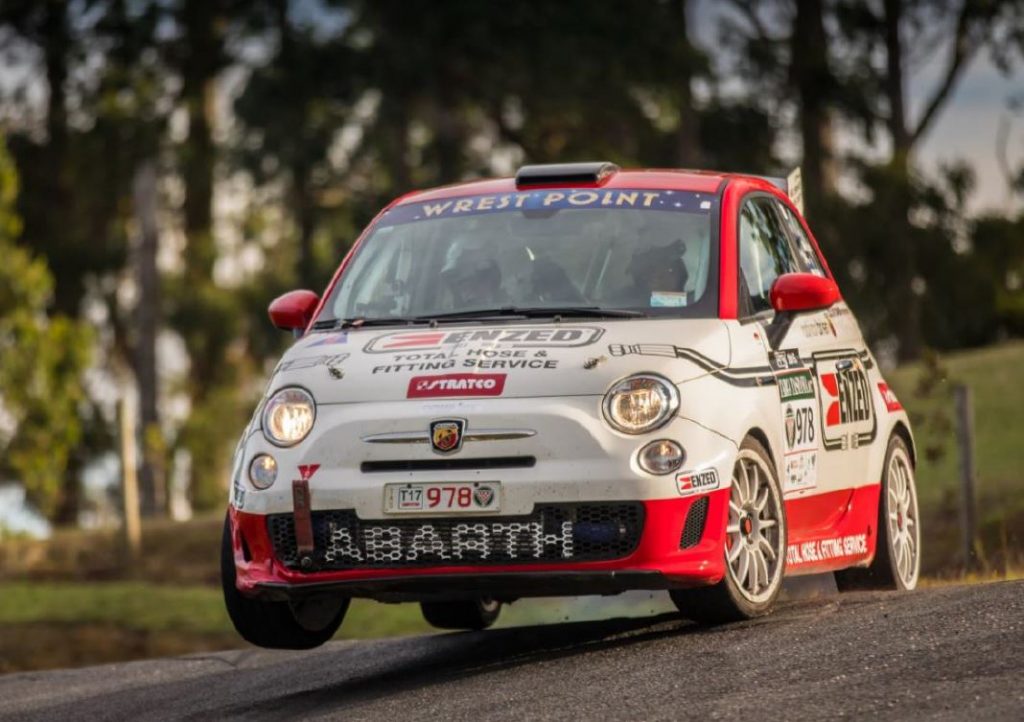