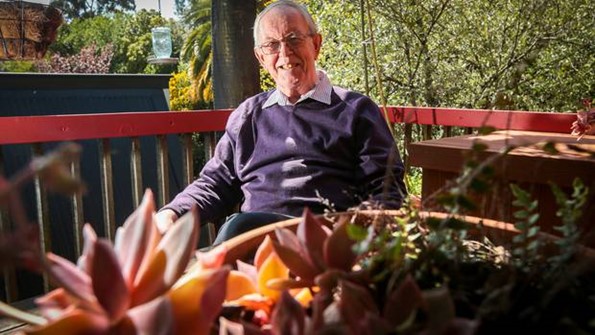 To say Havelock North man Mark von Dadelszen is lucky he caught his prostate cancer early would be doing him a disservice.

Regular checks every year for more than 15 years put him in an enviable position when one fine day in 2005, a doctor spotted something unusual.

Von Dadelszen, the current president of the Prostate Cancer Foundation NZ, is sharing his story to raise awareness for other men during September – prostate cancer awareness month.

Von Dadelszen said he used to have an annual blood test in the late 1970s as part of an annual medical check-up.

In the late 1980s his GP told him there was a new blood test available, the PSA.

“I asked him what the test was for and he told me that it was to help detect prostate cancer,” he said.

“I asked him whether he thought I should have it and he said ‘yes’, so I had the PSA [prostate-specific antigen] test every year onwards.

“My 2005 test indicated an elevated PSA, and he referred me to a local urologist. He conducted some further tests, and confirmed that I had a cancer which was in the early stages of development.”

One of his options was to have regular checks to keep an eye on development of the cancer, or he could opt then for treatment.

“As I was in good health and might be less able to cope with treatment if I delayed having something done about the cancer, I opted to have the prostate removed surgically [a prostatectomy] – which was done about six months after the initial test indicated that I had cancer,” he said.

He said there was no history of prostate cancer in his family, so it could affect any man.

“If a man has a father or brother who has had prostate cancer then their chances of also having prostate cancer are double that of other men in the population,” Von Dadelszen said.

“The other issue that concerns me is that, by the time a man has symptoms of prostate cancer the chances of effective treatment are significantly reduced so it is imperative the men are proactive in getting checked annually, a blood test and also a direct digital examination as neither test is perfect.”

Those checks should be done annually from age 35-40 if there is a history of prostate cancer in the family, and from the age of 40-45 if there is no such family history, he said.

“Dying of prostate cancer is a dreadful and painful way to die.”

He was involved in setting up the Hawke’s Bay Support Group in 2007, in 2009 was elected to the national committee and in 2010 was elected president.

In New Zealand about 3500 men are diagnosed annually and approx 600 men die from the disease per year, he said.

“Imagine the outcry if they declined to do tests for breast cancer.”

Click here to view a scan of the Hard Copy