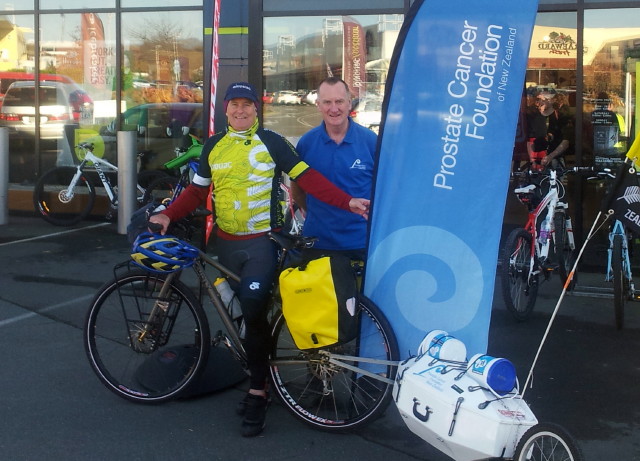 A 60-year-old Canterbury man plans to cycle 43,000 kilometres around the world to encourage people to ‘‘follow their dreams’’.

The grandfather of four arrived in Christchurch yesterday and plans to fly to Melbourne tomorrow.

The first overseas leg of his journey will begin on Sunday and he plans to spend about 2 1/2 years travelling across the world.

Some of the trip would be made alongside family or friends, Grith said, but he would have to do much of it by himself, including 4000km from Melbourne to Perth.

Frith spent the last two years cycling around New Zealand as a ‘‘warmup’’, including about 3500km in the North Island last June.

‘‘I just love being on my bike. It’s sort of about people looking at it and going that’s amazing, that’s so incredible. I’m hoping people will be inspired to follow their dreams.’’

The global expedition also aimed to raise awareness and funds for the Prostate Cancer Foundation of New Zealand and CanTeen.

‘‘Guys, get your head out of the sand, this is curable if you can pick it up early enough.’’

Frith said he was feeling ‘‘a little overwhelmed’’, but excited about the journey ahead.

‘‘I’ve got three years to go before I’ll be the oldest male in my line ever. There’s adventures and things on the bucket list you’ve got to do.’’